For decades, experts have touted Salinas Valley’s Mediterranean-like moderate climate as an ideal place for food production, making it one of just a few locales globally where some varieties of produce can be grown nearly year-round. The operative word here is of course: nearly. Because the valley’s winter temperatures can dip below freezing at night, growers in the region have looked to other parts of the country to grow between November and April.

Thus, top growers make a yearly round trip trek between Yuma, Arizona, and Salinas, California, transporting equipment and personnel in order to make the most of each region’s peak growing season. This move is called “transition”, and PRO*ACT’s vast network of growers, processors, and shippers all play a role in making it happen from the planning stage to moving day. PRO*ACT also keeps buyers informed and updated on when each company is moving so that minimal disruptions occur in the supply chain.

To optimize land usage, growers are sensitive to the needs of their crops, raising them only in optimum growing conditions. Knowing where the best sunny days can be found is a fundamental part of this strategy. While the growing season in the Salinas Valley ranges from just 200 days up to 350 possible days in some cultivated areas, produce managers can ensure a virtually year-round harvest by following the sun either inland or all the way to Arizona.

Like so many “snowbird” vacationers who move from colder northern areas to Arizona’s unusually balmy climate during the winter months, the good folks at Ippolito also carefully time their move to coincide with the position of the sun. While a few growers have opted to take their crops inland, finding the region around Huron, California to have the right winter climate, Ippolito and other major growers have selected Yuma, Arizona, as the ideal winter residence for their crops. 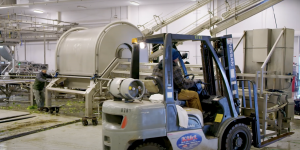 Dan Canales, Senior VP of Sales at the produce powerhouse states, “Growing fresh produce successfully is a time-tested balancing act to use the best soil  and harness the right amount of sunlight throughout the year The weather in the Salinas Valley during winter months is just too cold to grow the majority of Ippolito’s crops.” However, he maintains that his company makes careful determinations on when to move based on the temperature and sunlight conditions noting, “There are a few exceptions where we extend the season a little longer, mostly Brussels sprouts which we grow in Salinas until around the end of January.”

Then, when warmer weather once again beckons in California’s Salinas Valley, Ippolito works with the PRO*ACT team to make them aware of potential moving days so our customers can know of potential gaps in production as Ippolito and other growers make the transition in reverse, moving back home to begin another 8–9 month growing season in beautiful Monterey County.

Listening to the Ground

The produce professionals at many top growers carefully assess the optimum time for the return from their winter operations in Yuma to Salinas. With a trained eye on weather patterns, forecasts, soil conditions and the like, their primary goal is to perfectly time the harvest in both locations so that their crops (and ultimately customers) are happiest.

A prime example of a company that makes certain that the choicest moment for the soil has arrived and has taken this aspect of the process to a new level is Mann Packing, a division of DelMonte Foods. “We are using a two-tiered transition in order to best produce our salad blends,” says the company’s Director of Foodservice Gabe Romero, “with our Better Burger lettuce as a heartier variety leading the transition from Yuma to Salinas a full two weeks before our Arcadian Blend variety.” 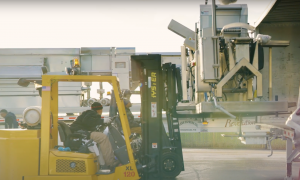 While the logistics of the dual move are a bit trickier than a single transition, Gabe maintains it gives them the most flexibility with their primary production lines, allowing them to cater individually to the needs of each commodity, while maximizing the output each of the varieties derives from its soil. “For us, it’s about listening to the ground and making decisions in the best interest of each of our crops.”

The PRO*ACT food safety and quality control teams are a key part of this assessment for our customers, as we monitor certifications, groundwater contamination readings, and mildew pressure to understand if supply interruptions could be ahead. The signs are in the soil, and meticulous growers are not in a rush to return to Salinas. Rather, it is of the utmost importance that the soil itself—enriched by proper replenishing techniques in some cases or given a siesta in others—is ready to welcome crops once again.

Ever wonder how it is that grocery stores and restaurants seem to have a year-round supply of your favorite produce, regardless of the season? The field operations crews at large produce suppliers have the unenviable job of trying to plan for the future while monitoring the present so that end-users like restaurants and grocery stores experience an uninterrupted flow of product.

As they assess large amounts of historical data combined with decades of personal experience and sometimes good old-fashioned intuition, growers must ultimately decide just how much seed to put into the ground in both locations at different times in order to provide a seamless purchasing experience throughout the vast produce supply chain. Meanwhile, In Monterey, the PRO*ACT sourcing team organizes conference calls with suppliers and customers to align expectations for the days ahead. 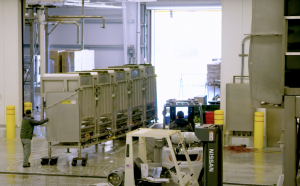 For a great example of a company that consistently innovates new ways to keep their produce flowing, even in the midst of Transition season, we look no further than Taylor Farms. With a state-of-the-art packing facility that boasts 26 advanced robots and an entire division dedicated to creating new row crops harvesting machinery, Taylor Farms gets its produce refrigerated and into the supply chain faster than ever before. And while Transition creates a few additional challenges of its own, Steve Davis, VP of Business Development for Taylor Farms says that while Mother Nature may ultimately be in charge, “The 200 people moving 12 tons of equipment in 56 hours all have one goal in mind: to keep our signature products flowing to market without any discernible interruption for our customers.” Transition is a primary way that Taylor Farms and other great suppliers work hard so that customers’ needs for a seamless, consistent-quality product isn’t affected by the harshness of winter.

The Face of Transition

Every organization faces times of great stress, when “all hands on deck” is needed like never before. In PRO*ACT’s network of suppliers, growers, and shippers, this concept is experienced clearest during Transition, but it begins months beforehand as nearly every department contributes to make certain every angle of the move is analyzed, assessed, and prepared. PRO*ACT’s team assists along the way, providing valuable insights gleaned from across our vast network and communicating those insights in relevant ways to help the Transition process be a smooth one for all involved.

Best organizational practices throughout PRO*ACT’s network helps ensure a smooth and successful move. Church Brothers Farms Chairman Steve Church refers to Transition as, “an art form, a symphony of sorts, with every member doing their part in order for it all to play out smoothly.” With Church Brothers being both processor and row crop supplier, they have many areas of focus. Steve points to the details that must come together across their organization, highlighting several departments and people that are crucial to the company’s success in this process. 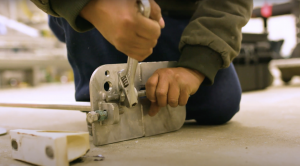 “Months and weeks out, our Ag-Ops team is looking ahead at the current and upcoming growing locations to verify when it will potentially wind down and when it will be ready for harvest, HR is beginning to hire our labor force in the fields, our shipping facilities are prepped for the up-coming seasons’ business, and field harvesting equipment is transported to the upcoming region.

Last but not least, our processing facility moves twice a year, relocating to either Yuma, AZ or San Juan Bautista, CA. In less than 60 hours, over 200 people break the lines and equipment down, travel 580 miles with over 60 trucks and reassemble the plant!”

The people behind it all make all the difference.

On the Road Again

Moving day comes at last for the many row-crop growers who choose Transition as a climate solution for their crops twice a year. Yet even with a highly choreographed set of logistical details in place, the process of stopping harvesting in one area and being ready in the new area within 24-56 hours can be a daunting task. Drivers, sanitation, food safety, maintenance, and all the other departments that play a role must work with each other to accomplish everything in the right sequence. Each department has to be connected and in constant communication. Because the majority of companies usually move within two weeks of each other, it creates a logistical challenge for the customers who have different contracts, packs, product mix, etc. PRO*ACT is there to help our suppliers and customers with communication so that the companies themselves can focus on making the move happen.

Perhaps no one knows Transition better than the company who in 1926 became the first grower in California to ship fresh produce from the West Coast to the East Coast: D’Arrigo Brothers. Today, the 2,000 people at D’Arrigo Brothers work just as hard to get the best produce grown in the best climate, and they’ve taken to shipping more than just their products…they are experts in shipping their entire growing operations from Yuma, Arizona, where they have spent the winter months, back home to Salinas, California. As Neil Benson, Vice President of D’Arrigo’s Service Center, puts it, “Transition is part of the fabric of who we are and how we’ve done business for a century, always doing what’s best for our customers. Transition happens over one-and-a-half months, moving 34 buses, 70 harvesters, 30 forklifts and tractors, 12 storage trailers, and 20 heavy trucks…”

D’Arrigo Brothers partners with PRO*ACT’’s various departments to help communicate to the entire supply chain about the timing, availability, and quality of their products before, during, and after Transition, enabling them to better serve each of their far-flung customers.

“Transition” is just another way that the growers, distributors, and shippers in our industry once again prove that they will do anything to ensure that Americans have the very best produce in the world. We’re proud to have them as part of the PRO*ACT family, and we’re pretty certain the sun-loving crops they move from Salinas to Yuma and back every year couldn’t be happier.

Please see general transition dates and information for the 2021 Spring move below. The following list of Row Crop suppliers loading all in Salinas this Monday (April 5):

The following are transitioning up to Salinas at a later date:

For specific commodity transition information, please reach out to Brian Denton at (bdenton@proactusa.com)

Please see a general look at transition below.